This stunning, foot-stomping musical tale of redemption follows the story of Matthew Porter, proprietor of the once famous Blues and Rock & Roll juke joint. The Roadhouse has been deteriorating for more than a decade, and Matthew has been declining along with it. When he receives a letter from the government claiming eminent domain for a new interstate highway, Matthew reaches the depths of despair and begins to mourn the loss of a historic landmark. Hope walks in – in the form of New York Times reporter Dawson Edwards, who has come to write an article on famous juke joints in the South.  Matthew transports the reporter and the audience back in time to when the Roadhouse was booming, and transforms into the most electrifying performers of all time: Ray Charles, Little Richard, Elton John, Sam Cooke, Muddy Waters, Jelly Roll Morton, Big Joe Turner, Lionel Richie, and Jerry Lee Lewis. Together, Matthew and Dawson launch a plan to save the Roadhouse by earning the building a place on the National Register of Historic Places. Van Leer, a trained musician, brings to stage live music. With 21 on stage costume changes and 115 different sound effects, the audience will laugh, sing, and be inspired in this one-hour and thirty-five minute feel-good production.

“Darryl Van Leer is an Acting Phenomenon… On stage, he performed with the precision and perfection of an assembly line that turned into a “One Man” Production before your very eyes… Mr. Van Leer mesmerized the audience with superb acting skills, super-natural musical talent, and with angelic and graceful singing that duplicated the sound and voices of the entertainer he was portraying… Darryl was a great blessing to the soldiers, families and civilians at Fort Campbell Kentucky, home of the famous 101st Air Borne Division (Air Assault)…Mr. Van Leer’s musical drama is guaranteed to enrich your appreciation for music, the arts and drama.  Believe me, he is just that good! -  Chaplin (Col.) Alvin E. Miller, Senior Pastor Community Chapel, U.S. Army, Fort Campbell, Kentucky

MANDELA: LET FREEDOM REIGN is the one man play on the life President Nelson Mandela. This electrifying performance opens with dimly lit stage as vocal narration tells the early life of Mandela leading up to his equal rights struggle against apartheid. With grand court room windows as the backdrop, Van Leer as Mandela delivers his “I Am Prepared to Die” statement from the dock at the Rivonia Supreme Court trial prior to being sentenced to life in prison. Next, the audience travels to Robben Island Penitentiary. With a single light overhead and sitting in a cold jail cell, Nelson tells of his 27 years in prison. This scene is entitled “The Dark Years.” The outcry opposing apartheid reaches the international community. The setting is now London , United Kingdom, where “Dr. Martin Luther King, Jr.,” an enduring influence to Mandela, speaks on the atrocities of apartheid and Mandela’s unjust imprisonment at Robben Island . With great jubilation enshrined with music, the audience witnesses Mandela’s victorious release from prison. The performance” Let Freedom Reign” closes triumphantly as The Republic of South Africa’s first democratically elected Black President, Nelson Mandela, delivers his world renowned “Inaugural Address.” Running time, 1 hour with Q&A

We were extremely pleased to have Darryl Van Leer with us once again. As with his first time with us, Mr. Van Leer delivered mightily. His new play "Mandela:  Let Freedom Reign" mesmerized our Education Day audience of over 600 students and adults. Because of Darryl's engaging skills as a writer and actor, students were willing participants on a journey of enlightenment; cultural understanding; hard fought triumph and a revealing demonstration of the human experience. ~ Betty C. Andrews, Executive Director, I'll Make Me a World in Iowa (Iowa's African American Festival)

Van Leer’s signature, high-energy tour-de-force performance dramatizes key moments and events in the lives of eight prominent African-Americans of the 19th and 20th centuries.  Led by the angelic narrator Gabriel, the audience is taken on a magical tour and comes face to face with Dr. Martin Luther King, Jr., Malcolm X, Thurgood Marshall, Marcus Garvey, Frederick Douglass, Nat Turner, and blues greats Muddy Waters and Robert Johnson. With 75 different sound effects, 14 different characters, and eight on-stage costume changes, the audience is catapulted through time in this heart-wrenching testament to man’s courage and determination. Power on Earth is one hour and twenty minutes with no intermission.

Praise for Power on Earth

“Emotionally riveting, Power on Earth is a one-man show featuring an actor gifted not only with exceptional range and depth, but with clear-eyed passion and intelligence as well. Van leer writes, directs, and performs this masterful, rousing one-man tribute…nothing can prepare one for the power and emotionality that Van Leer delivers…” - Hoyt Hilsman, Daily Variety

“To be young, black, and destined to legend hood are the premises of this one man show, yet Van Leer adds the element of being gifted . . . The synergy recreated by Van Leer’s unerring persona does entertain with loyalty in this potent and poignant odyssey." - Frank Richards, Drama-Logue

THE NORM OF GREATNESS

This stirring performance, based on the essential writings of Dr. Martin Luther King, Jr., opens with a narration describing the tribulations of the Montgomery Bus boycott. King’s testimony of these events is given in his passionate sermon “Early Days.” Next, the audience is transported to the year 1963, to witness King’s historical speech “I Have A Dream.” The Norm of Greatness also includes “The Drum Major Instinct,” “The Eulogy,” and “I See the Promised Land. This is a forty five minute performance plus a fifteen minute Q&A.

Praise for The Norm of Greatness

MY LIFE IN BONDAGE: THE LIFE OF FREDERICK DOUGLASS

In this powerful, one-hour, two-act play based on The Narrative of the Life of Frederick Douglass, Van Leer brings to stage a young scrapping Douglass, who gives an account of the most gut-wrenching events of his life. The audience relives moments with Douglass and his nurturing mother and grandmother, his life with the notorious slave master Edward Covey, as well as his thrilling and suspenseful train ride to freedom. This is a one hour play with no intermission. 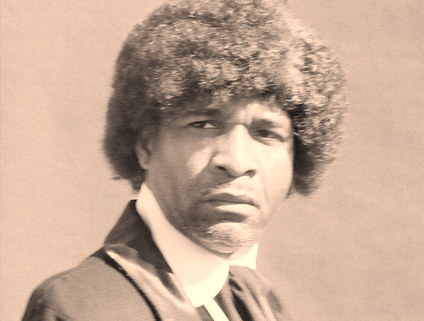 Praise for My Life in Bondage: The Life of Frederick Douglass

“His performance was very dramatic; at times the only sound to be heard was that of his powerful voice piercing the collective silence.” -Gregory Hicks, Michigan Press

“His powerful performance, use of physical space and intense, emotional outbursts at moments left the audience in a stunned silence…Van Leer is one of the more versatile performers in America, bringing history’s towering figures to life on stage, to teach and entertain people.” -Sang-Hee Oh, Pasadena Now

Great innovators and inventors, such as George Washington Carver, Dr. Charles Drew, and Garrett Morgan are the highlight of this entertaining and thought-provoking performance. Matthew, a magical and insightful old man tries to encourage a nine-year old, disillusioned boy who feels he has no positive role models or leaders to admire. Through witty and comical storytelling, Matthew enlightens the boy of America’s great innovators.  In a twinkling of an eye, the boy’s hopeless outlook is reversed as he is transported to the past to witness George Washington Carver at work at his Alabama Experiment Station. As a result the boy realizes that he does have much to be proud of.   Great Innovators is a one hour play with no intermission. 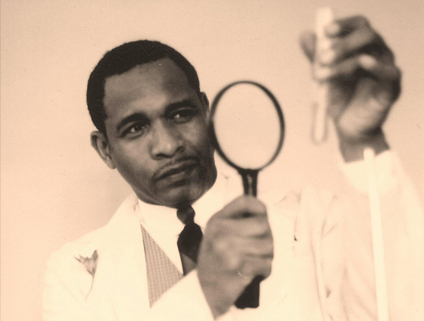